Translating Improvisation | Seminar by Bal Sokhi-Bulley “Counter-Conduct as Improvisation: The Spectacle of the Riot”

Seminar by Bal Sokhi-Bulley “Counter-Conduct as Improvisation: The Spectacle of the Riot”

ABSTRACT: ‘The enigma of revolts.’ You can almost hear the sigh at the end of this sentence. Foucault is making a statement here, published under the title ‘Useless to Revolt’, on that ‘impulse by which a single individual, a group, a minority, or an entire people says, ‘‘I will no longer obey’’’. In this seminar, I question the two sides of the enigma—how to label the revolt—is the act of rioting, such as what we witnessed in Ferguson, Missouri in August 2014 ‘proper resistance’—and, how to understand the ethos of the spontaneous, improvising rioter. The label of counter-conduct, I argue clarifies the enigma as it allows us, challenges us even, to see the event as political. Counter- conduct provides a new framework for reading spontaneous and improvised forms of political expression. The rioter can then be seen as political and rational, as demonstrating ethical behavior. The ethos of this behavior is represented as an ethics of the self, a form of parrhesia where the rioter risks herself and shows courage to tell the truth, the story of her community. 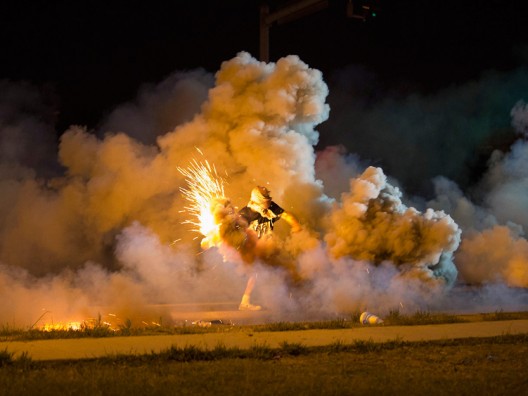 Seminar by Bal Sokhi-Bulley “Counter-Conduct as Improvisation: The Spectacle of the Riot”